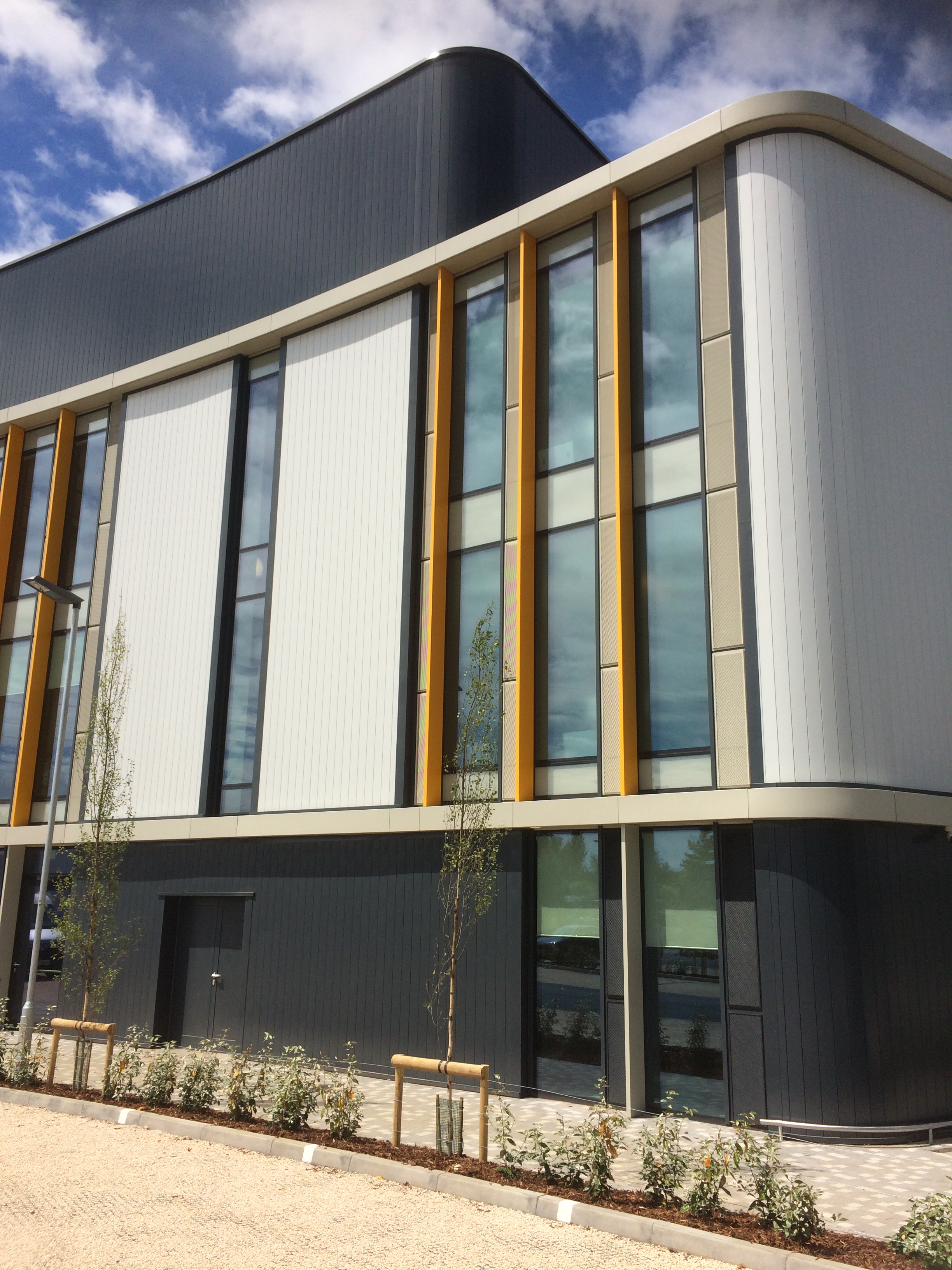 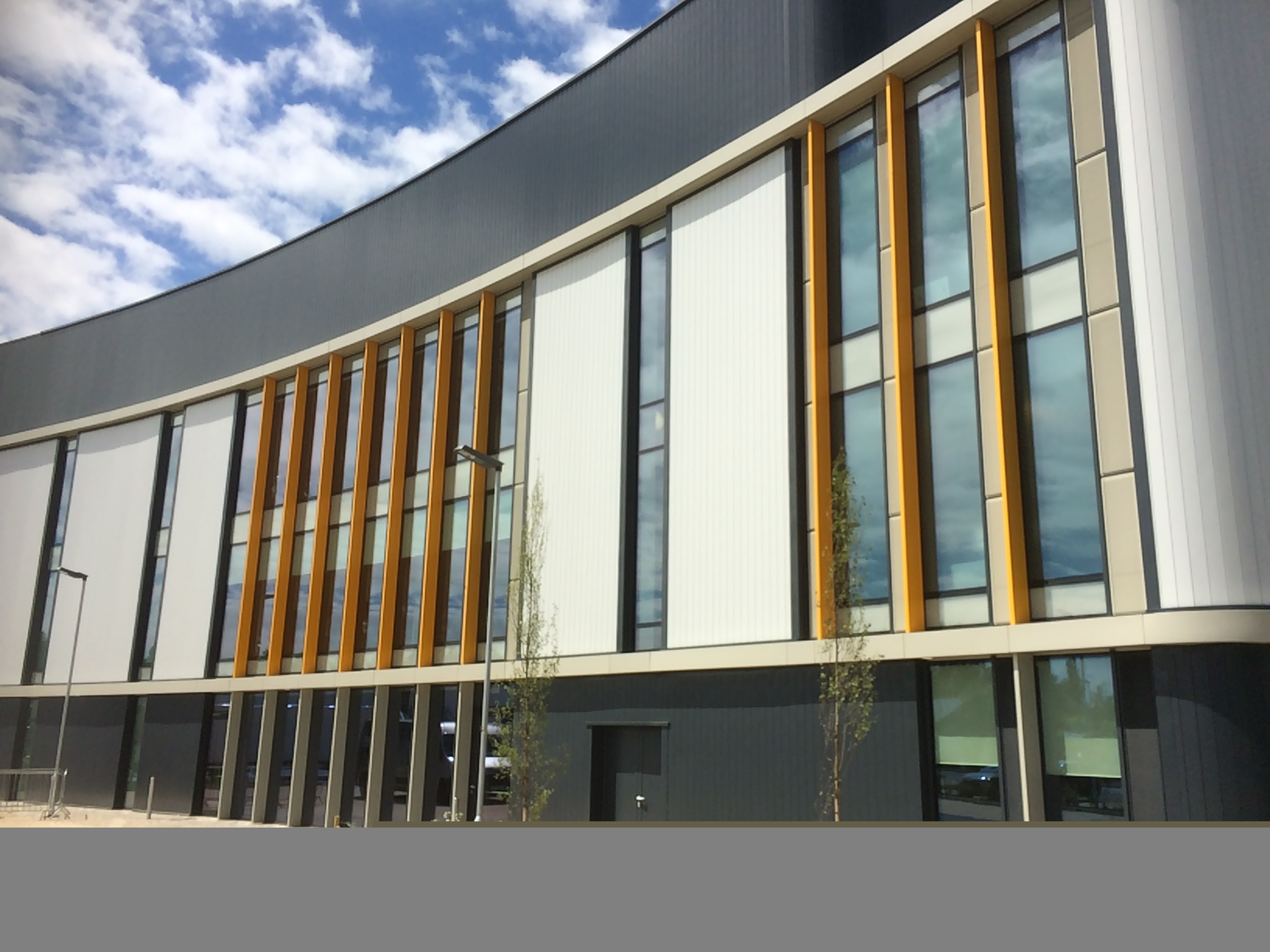 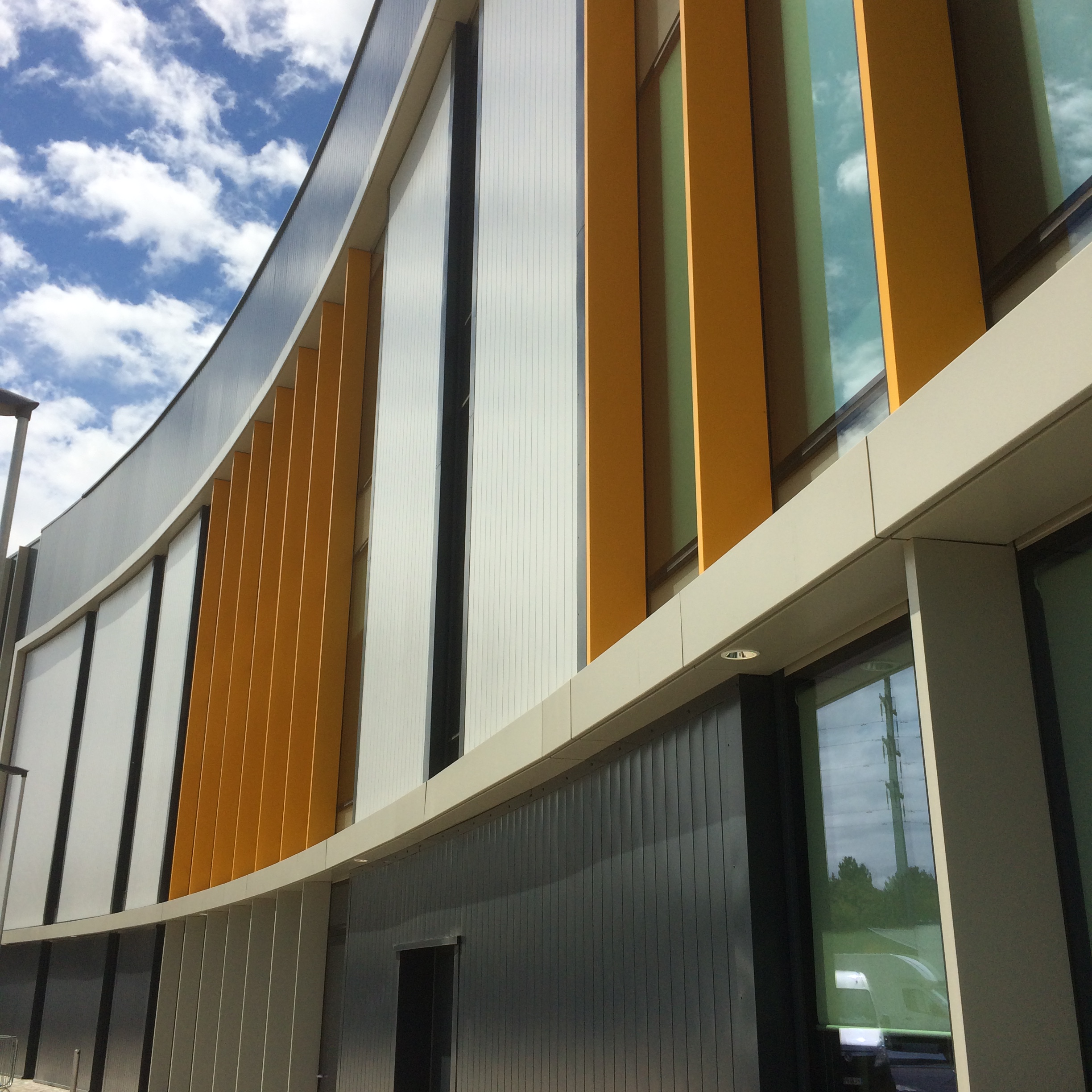 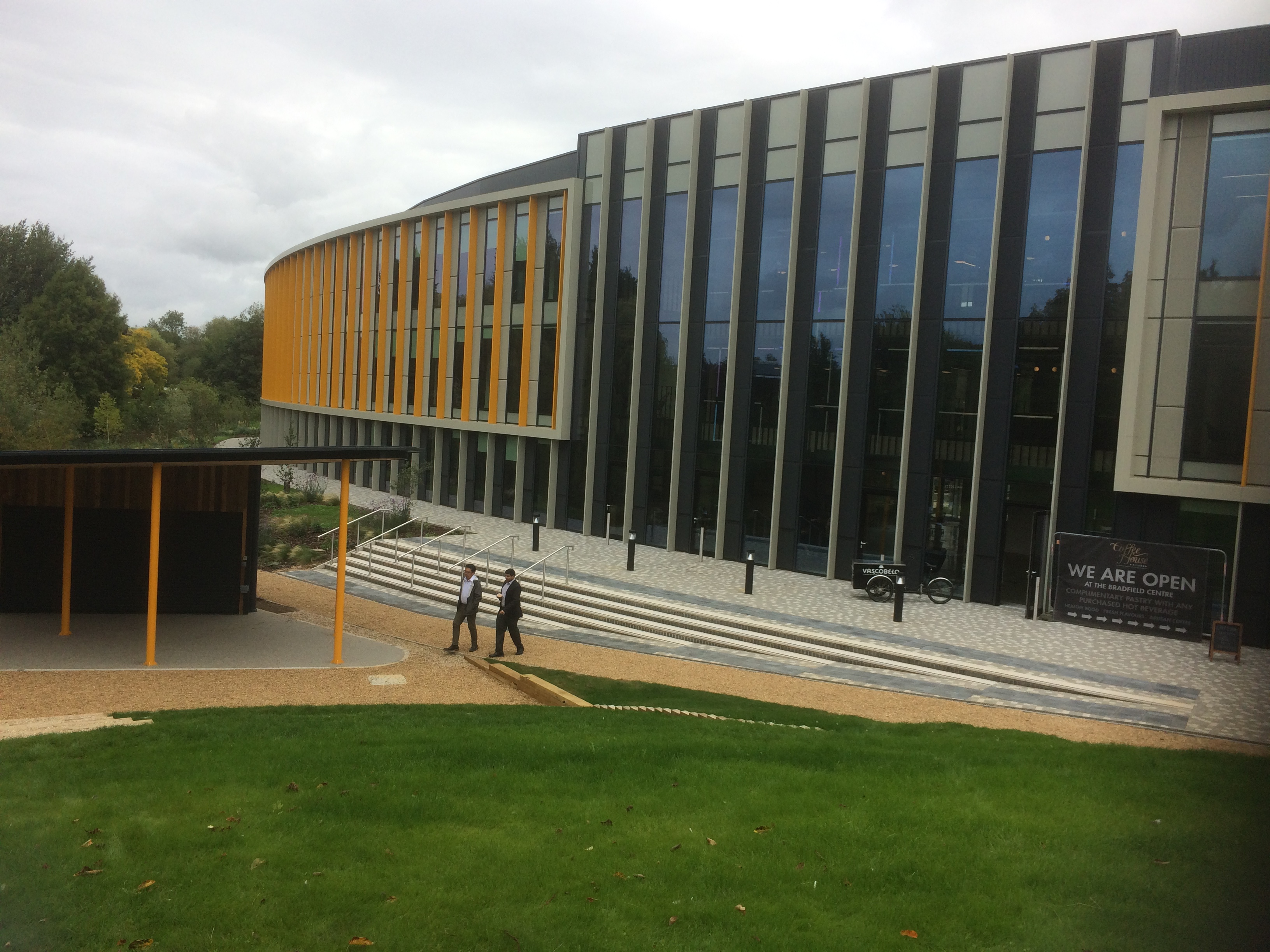 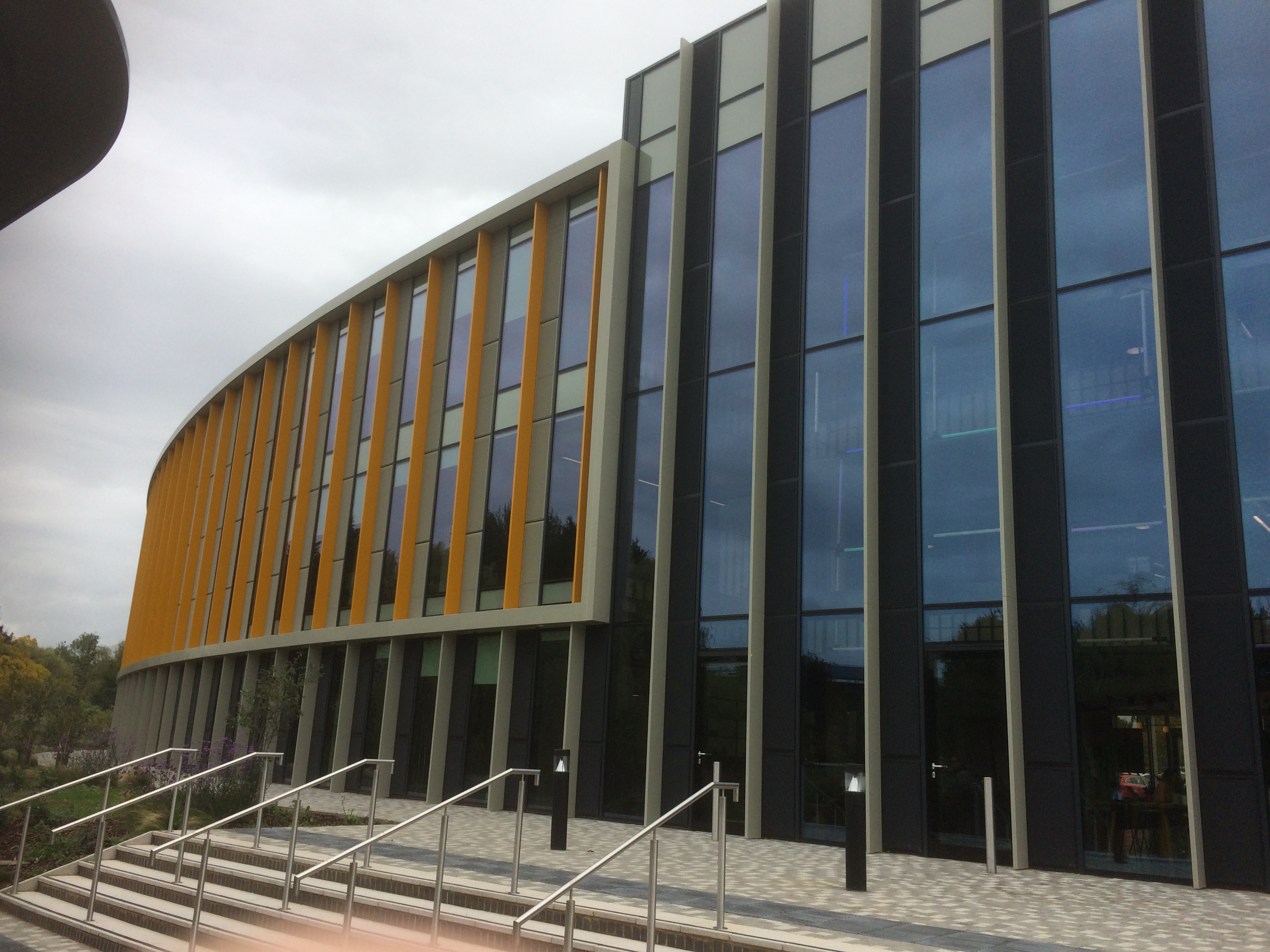 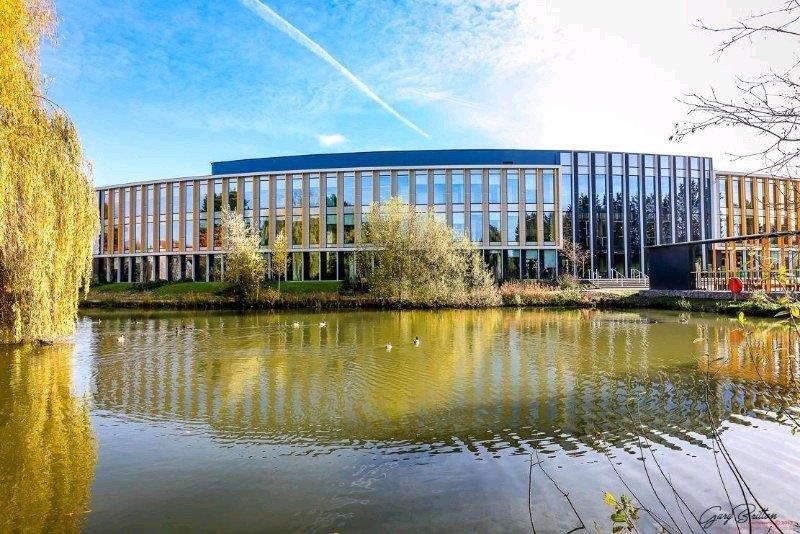 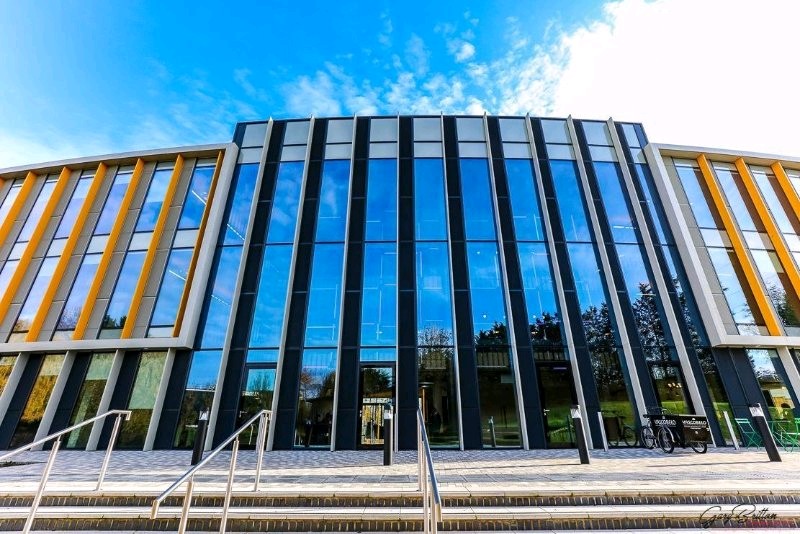 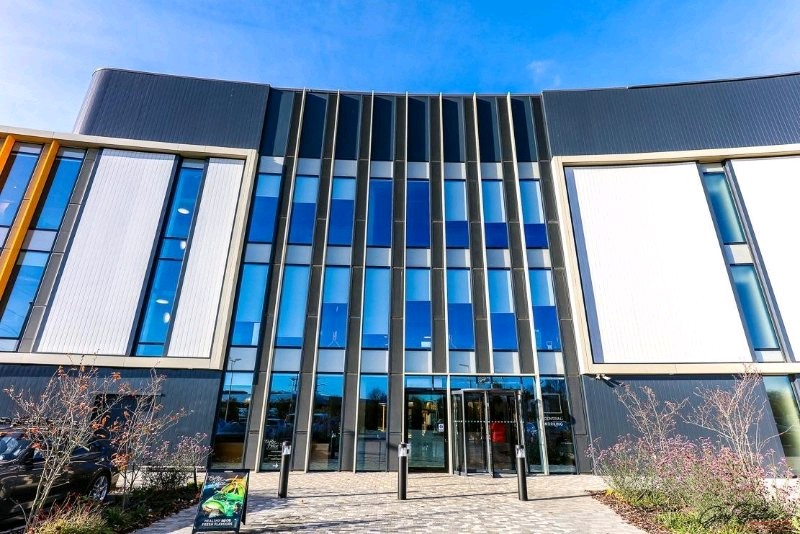 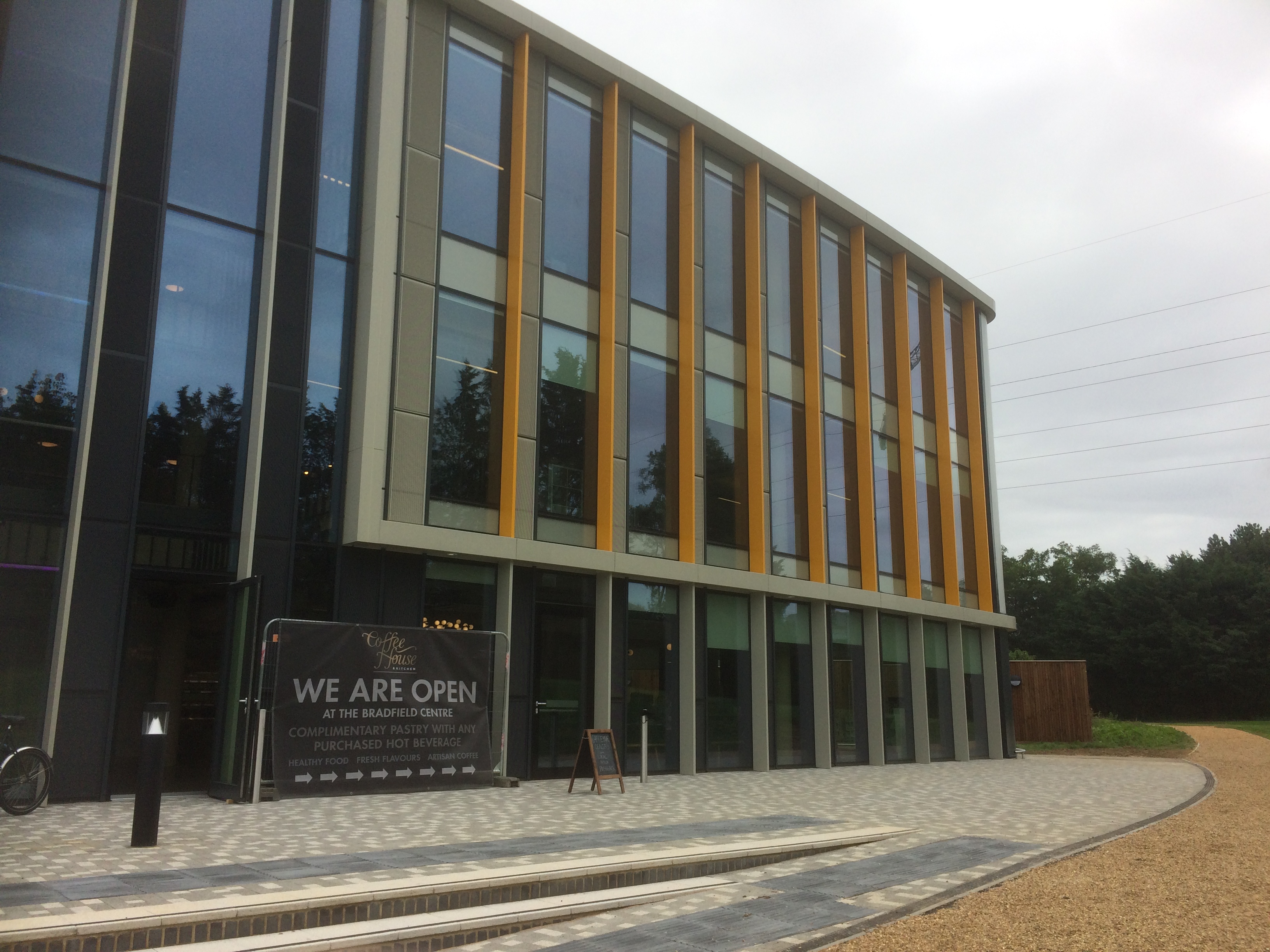 Architectural aluminium glazing systems by Kawneer have helped a new hub building set a benchmark for the design of future developments in Europe’s first science park.

Its sinuous crescent-shaped form designed to BREEAM “Excellent” by architects Aukett Swanke was inspired by its lakeside setting and uses Kawneer’s curtain walling (with 50mm sightlines and 300mm feature caps), windows and doors on the main rear façade, where visitors enter the site, and on the main façade.

A triple-height atria feature is arranged on an axis from the main entrance and is highlighted as an accent feature on the convex lakeside façade. These were installed over 10 months by JPJ Installations for main contractor SDC

This atrium maximises internal connectivity. The main entrance is animated by a social hub, including café, breakout areas and meeting rooms, as well as spaces for team working, giving a dynamic open working environment that encourages collaboration and creative thinking. Upper floors are configured as open or cellular spaces to suit tenant businesses.

The John Bradfield Centre plot, on land previously occupied by an older, two-storey building constructed on the park, is configured in an arc shape formed by the curve of the science park’s inner loop road and the central lake at its heart. The plot is bounded to the north and south by older, low-density, two-storey developments which will likewise be recycled in due course.

The main entrance is positioned eccentrically on the inner concave facade and is approached via a generous pedestrian avenue. The primary core areas, escape stairs and risers are positioned within the inner, concave zone of the floorplate, leaving the outer zone free for flexible office configurations, all enjoying superb views over the lakeside setting.

The northern and southern facades are almost completely clad. The core areas are expressed on the concave facade, while in contrast the western elevation is completely glazed to maximise natural daylight penetration and lake views. Deep projecting mullions are employed on this facade to shield the solar path. These are coloured yellow and provide a fresh uplifting quality, softened by the perimeter landscape.

Named after the biologist, entrepreneur and former senior bursar who founded Cambridge Science Park, the John Bradfield Centre received £4.5 million of Government funding by the Department of Business, Energy and Industrial Strategy as part of its pledge to invest in the UK’s Life Science industry.

Conceived as a key building at the heart of the scheme, the facility functions as a vibrant centre for research and development and offers incubator space for early-stage businesses. It has become the natural meeting point for those active in technology, innovation and entrepreneurship in Cambridge.

Aukett Swanke architect Nayan Dhamdachia said: “The Kawneer systems met the overall vision that was set out during the early design stages in regards to the overall concept, thickness of profiles and sightlines. They integrate with openable panels and striking yellow fins. The glazed elements enhance the well-being of the building, bringing as much light as possible deep into the floorplates.”

He added: “SDC delivered an exceptionally high-quality scheme at competitive value. The base build employed high-quality materials throughout the main external façade treatment and external works.”