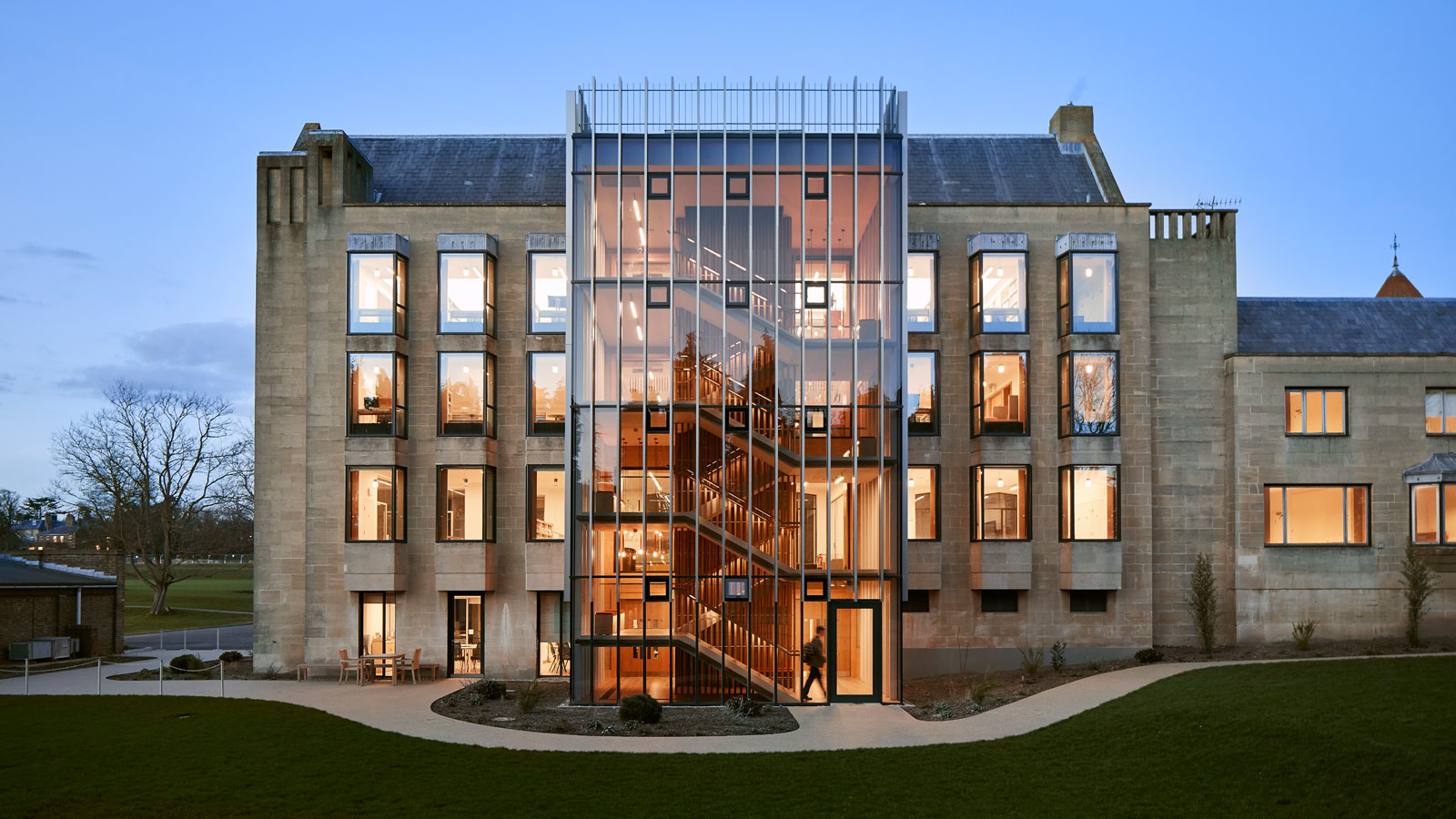 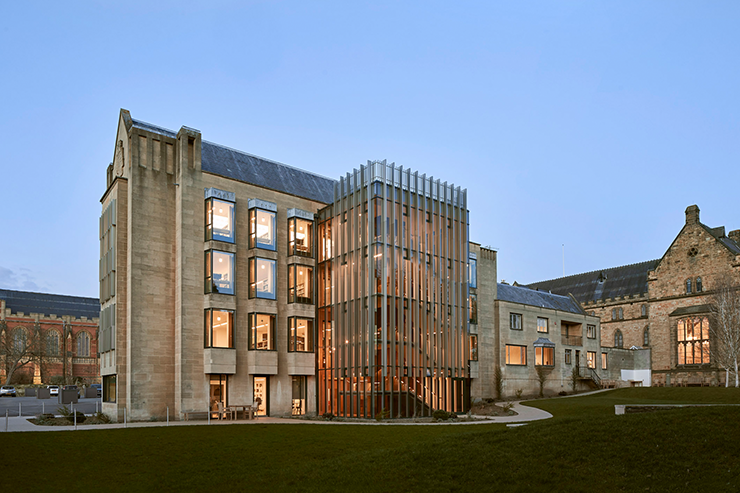 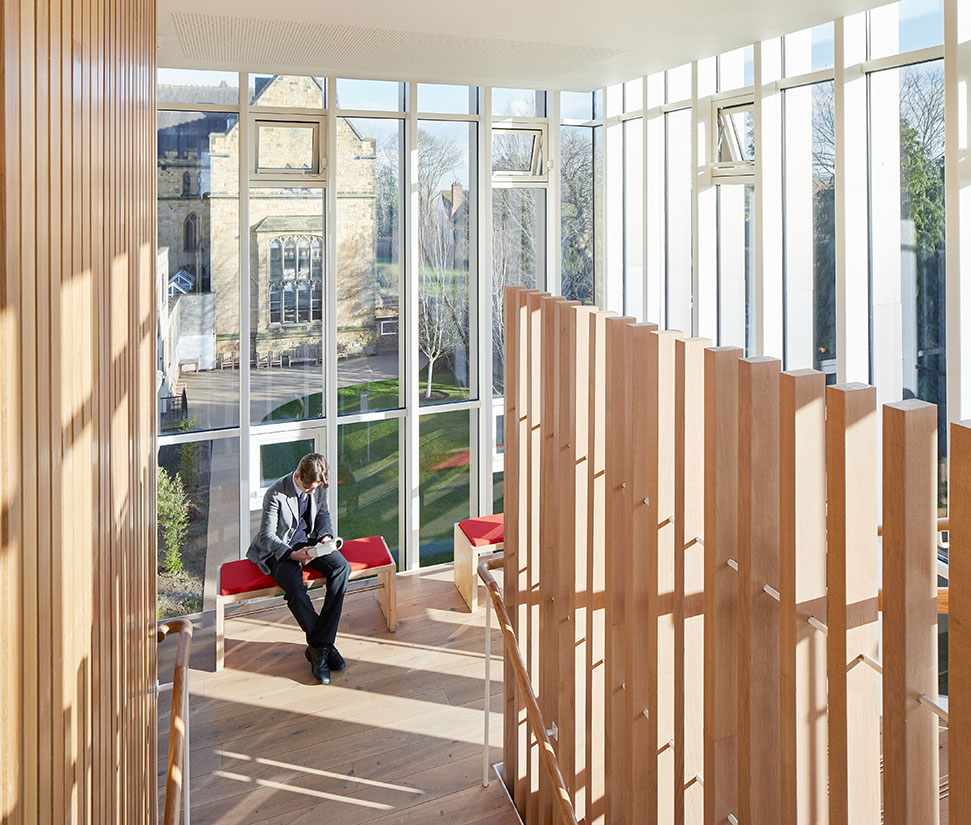 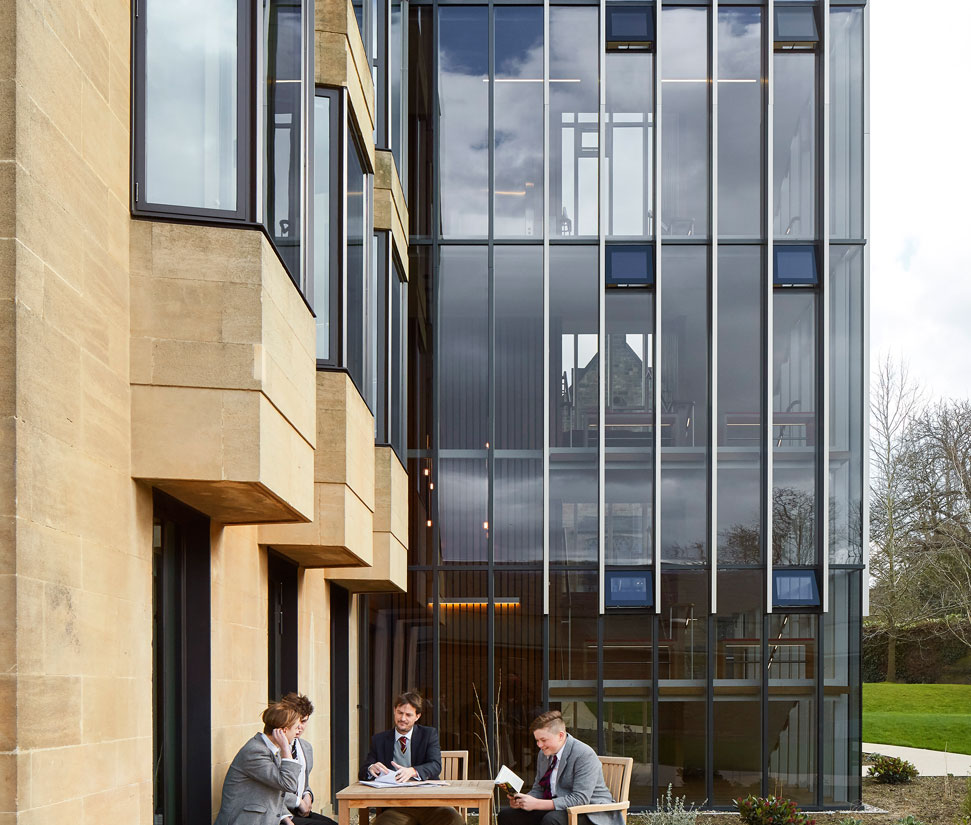 Architectural glazing systems by leading UK manufacturer Kawneer were specified for the most significant external change to the £3.6 million refurbishment of a library at one of Kent’s most prestigious independent boys’ schools.

They were specified by architects BDP to drive a simple natural ventilation strategy and enable high levels of natural light and were installed on the south elevation of the 1962 building for main contractor Buxton Building Contractors by JPJ Installations.

Kawneer’s curtain walling with the bespoke fin caps in front of steel columns also features on a two-storey extension to the north elevation. This faces the school chapel and acts as an extension to the cloister or colonnade which joins the library to the main school.

The school recognised the building, which was designed by Sir William Holford, no longer fulfilled the demands of a 21st Century learning environment and although it is not listed, as many of its buildings are, wanted to build on its history rather than resort to new-build.

The new building also needed to meet rising school numbers – from 500 pupils when the library opened more than half a century ago, to almost 800 now. But providing additional learning and study spaces was a particular challenge given its narrow 8.3m width.

The library itself, a double height space with mezzanine level, occupied only the upper two of four floors, where there were varying floor to ceiling heights, with classrooms on the first floor and storage at ground floor level. Vertical circulation was one particular area requiring improvement.

BDP’s strategy combined extensive internal refurbishment (stripping out all internal walls and corridors) with two new extensions to create a four-level library of 1,130m2 which provided some 40% extra study/learning space.

The contemporary new circulation tower was conceived as a “vertical cloister” containing both a lift and a timber staircase within its 5.6m deep, 7.2m wide space which spans the three central bays of the library’s nine-bay facade. These generous dimensions allow the incorporation of seating benches, and behind the bottom of the staircase, beanbags!

As well as providing much-needed vertical circulation space, the tower was also the opportunity to address ventilation issues as it creates a stack effect, pulling air through the building. The Kawneer vents help this to be drawn out when required.

Like the north lobby, the Kawneer curtain walling incorporates the anodised aluminium fins which create a clear vertical rhythm but here they continue uncapped beyond the parapet line to give the feeling of reaching skyward.

The library was re-opened after a 14-month build by HRH Princess Alexandra.